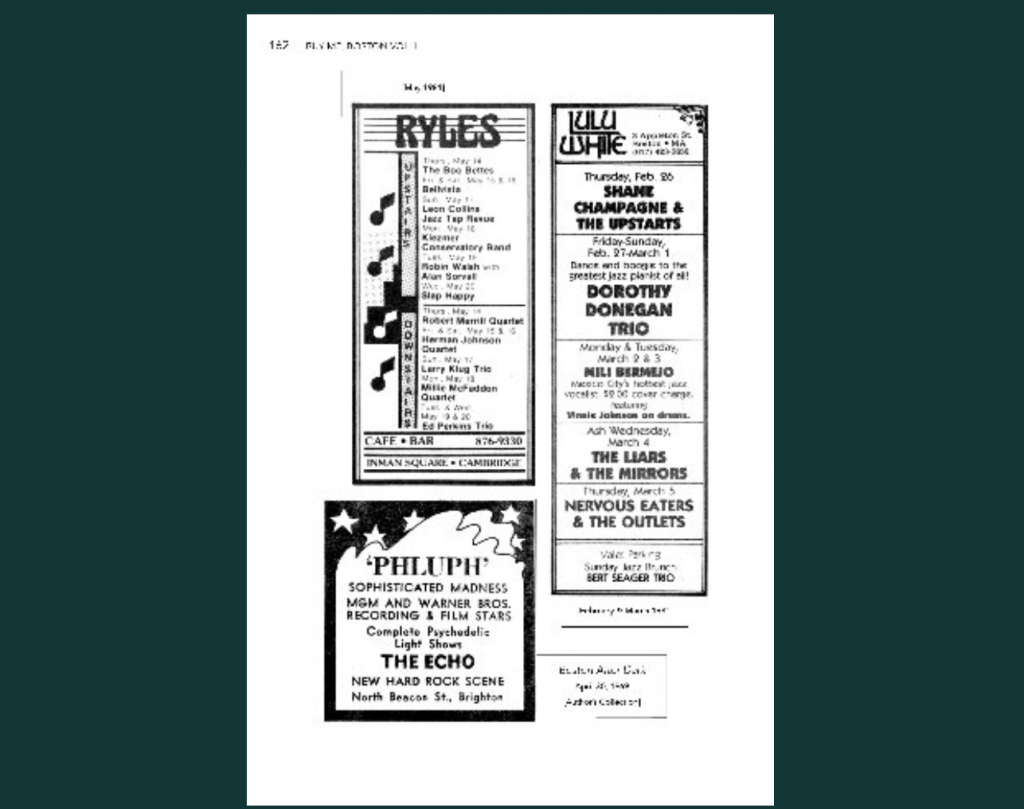 A mother load of rock based ephemera has been acquired by David Bieber. He started collecting in 1960. Some 600,000 objects are being catalogued in a former industrial space in Norwood, Mass. The material ranges from t shirts, vinyl, newspapers, magazines, fanzines,  promo items, and posters. Much of this material was rare to begin with and now is priceless. On eBay, for example, T shirts, vinyl, and posters can fetch several hundred dollars.

A motto for Bieber, who may be described as a hoarder, has been “Never throw anything away as you never know when you might need it.”

Talking about the process of establishing the Mindich archive Bieber commented that when The Phoenix shut down so too did its website. “The writers were dismayed to discover that their work was not available online. Unless they saved the material it is no longer accessible digitally. There may be hard copies in libraries but the content isn’t indexed.”